The Dover Castle is situated about 10 miles from Folkestone.  It is perched on a hilltop overlooking the English Channel and the town of Dover.

A three and one half mile network of tunnels was built beneath the castle and into the white cliffs prior to World War II.

Sir Winston Churchill and Admiral Ramsey planned the evacuation of Dunkirk from these tunnels. 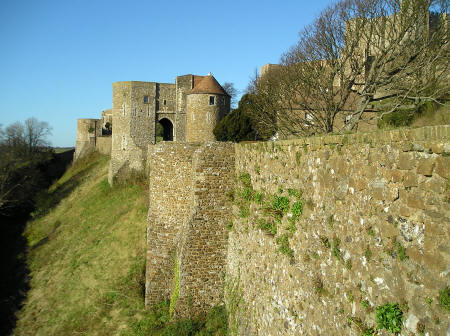 The tunnels include an underground hospital which was used for RAF pilots who were shot down during the Battle of Britain.

The "Secret Wartime Tunnels" remained secret throughout the cold war as the British Government intended to used them for regional government in event of nuclear war.

The tunnels are now open to the public.